According to the label on its back, the LCD Panel is a LQ150X1LH82 made by Sharp.

Its resolution is 1024x768 and I believed it was 16M capable, at least according to Compaq when the laptop was sold.

Trying to find a pinout for it borders on the impossible, the manufacturer does not want to release it. There is this site however:

Where one discovers that the panel is actually only 6 bits capable, meaning only 262144 distinct colors. Well, for a KVM console that will be enough, but for a "top of the range" laptop, that was a bit of a scam.

On eBay, you can find lots of different sellers for what is called "Screen Controller Board Kit" where one gets all that is needed to turn a bare LCD into a complete monitor:

The only thing that needs to be bought separetly is a 12V 4A power supply.

As I was interested in versatily, I wanted DVI, VGA and HDMI. Also, because the laptop has integrated speakers, I looked for kits that included audio. 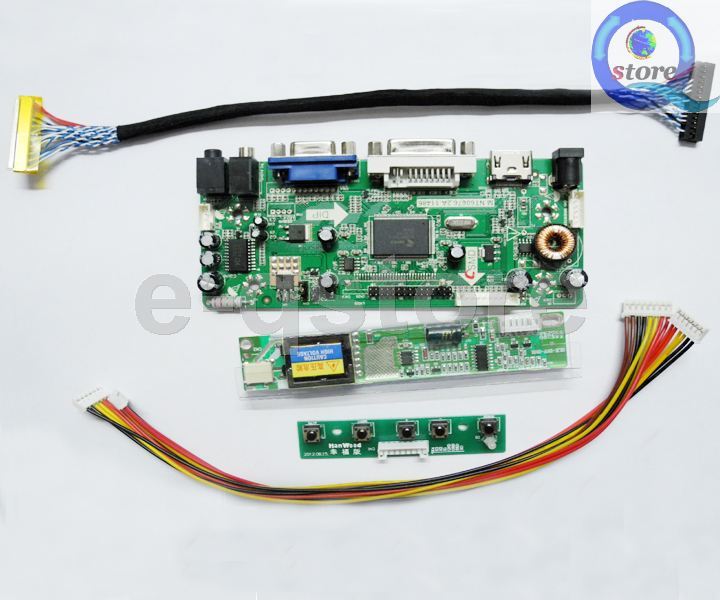 Before purchasing the kit, I contacted the seller who said it should be ok.

After a few weeks, I received it, plugged it, and... it did not work. Here is a short video of its behavior:

As you can see, the backlight turns on just fine but there are lines on top of each other where I expected to see a "no signal" message in the middle of the screen.

The support from e-qstore was really excellent and after another few weeks, I received a board from a different kit that they thought should work better. It's the one from this kit, based on the VST29 chip: 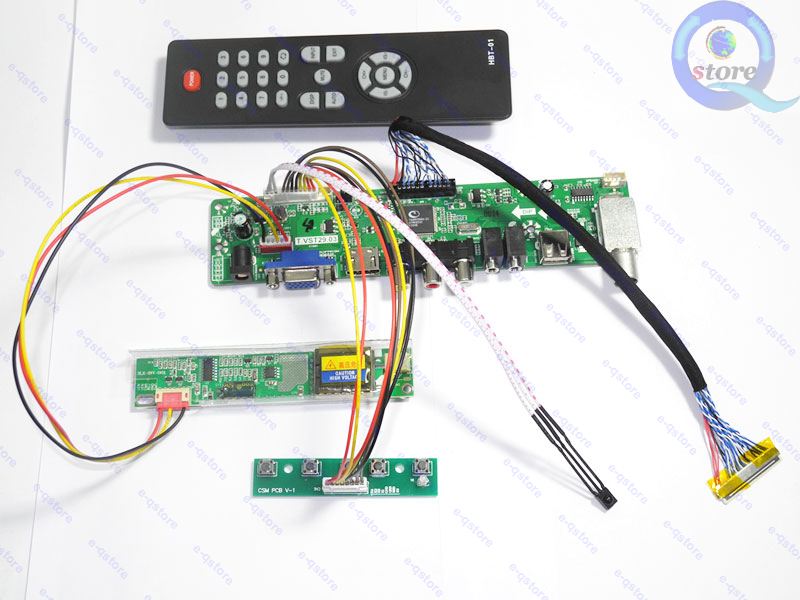 Once I received the board, I connected it to the panel and it worked beautifully!

I lost the DVI functionnality, but at least I have a working LCD panel.

As I want to have a most discrete reuse, I intend on putting every board inside the body of the laptop. There is ample room for everything, once the hardrive, floppy drive, battery and DVD drive are removed.

This means that the LVDS cable that goes from the LCD to the controller board needs to be long enough, which is roughly 40cm. Unfortunately, the default kit only contains a 26cm cable, so make sure to indicate you need the longer length cable before ordering. This would avoid ordering it separetely and waiting for another few weeks for its arrival.

The backlight module in the kit is way too big when compared to the orignal one and so it won't fit at the base of the LCD assembly as the original one did. Here is a photo of the orignal one: 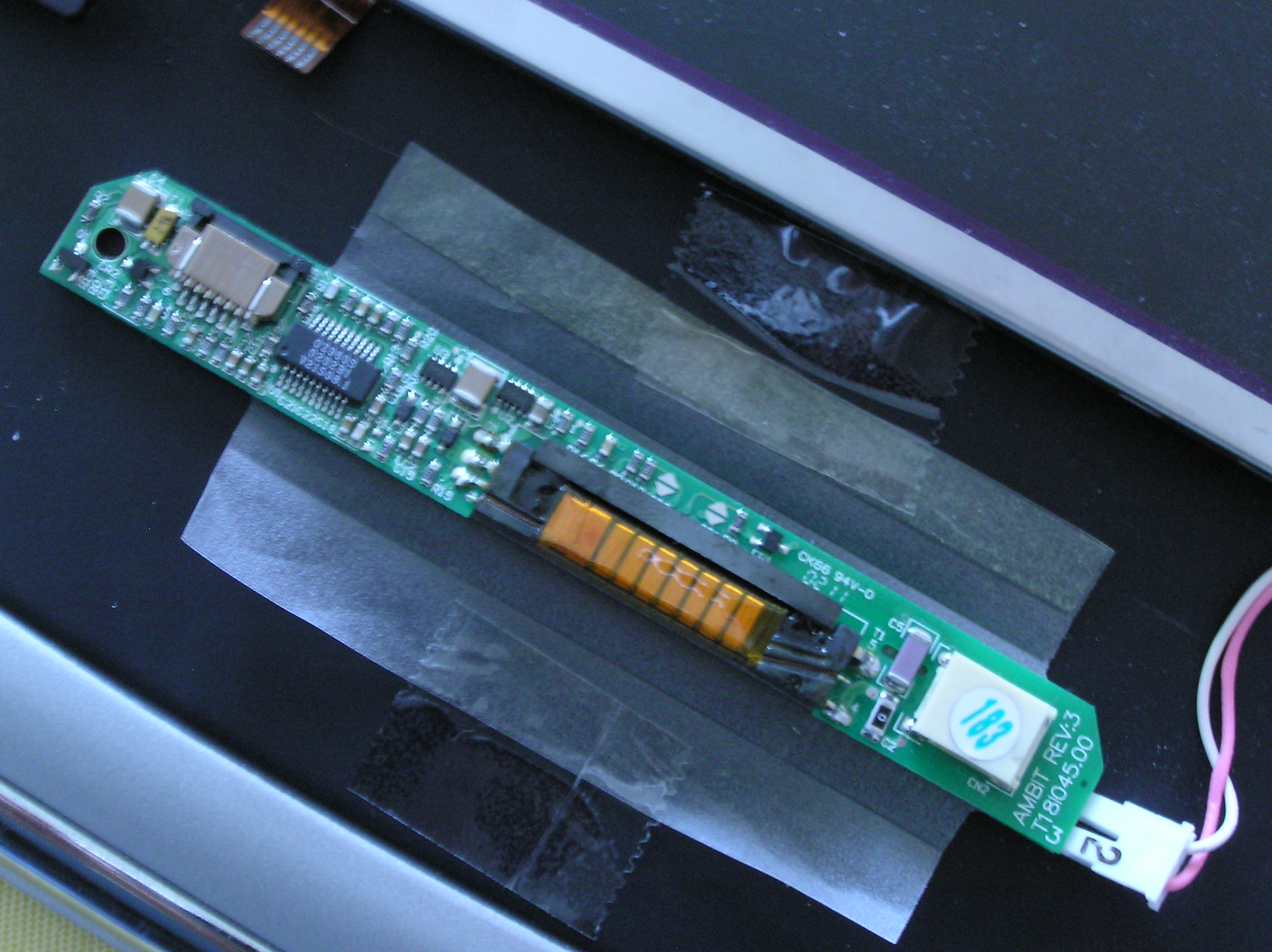 Looking closely at the chip near the drawer connector, I discovered that it is a OZ960S chip, a fairly common CCFL controller.

The kit outputs 12V for its backlight module power pins and 5V on its enable pint. The OZ960S requires the 12V on the power pins but also a 5V power rail to function properly. Fortunately, the controller board above outputs a regulated 5V on its interface connector.

Using this to power the original inverter board works just fine and allows to fit everything back into place.